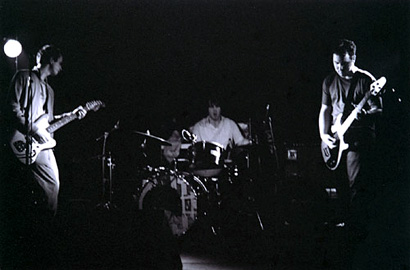 Empire-Builder was never prolific. Recording their 3 song debut 7" for Gringo in 1999, their self-recorded follow-up was released six years later and featured only one song. Too awkward and unsettled to be that super-familiar type of post-rock they played a weirdly soulful style shot through with uneasy cynicism. Their output is minutely perfect like a nice wee satsuma or a Belgian chocolate. You'd like it.